Establishment and History of the Big Bend Branch, District II

In 1960, John F. Kennedy was elected to the presidency, the Howdy Doody show ends after 13-years and Captain Gary Power’s U-2 spy plane was shot down over Russia.

In 1964, N.D. Rowell attended the executive board meeting at the Roosevelt Hotel in Jacksonville as the first Big Bend district representative.  He served in this position for six years.

In 1965, a resolution was passed that encouraged the formation of branches.

In 1980, Thomas P. Smith, Director of Underground Utilities, City of Tallahassee, was awarded the Top Ten Public Works Leader of the Year Award.

In late 1984, a letter was sent to the Chapter from John Davis proposing the establishment of the Big Bend Branch.  The proposal and by-laws were accepted and approved.

On January 26, 1985, the Big Bend Branch was established as the seventh branch out of twelve to become active.

In 2010, the Big Bend Branch will celebrate its 25th anniversary.  Comprised of ten counties in the north central part of the state (Franklin, Gadsden, Hamilton, Jefferson, Leon, Liberty, Madison, Taylor, and Wakulla) our area remains mostly rural except for Tallahassee, the Capital City of the great state of Florida.

Our Branch leaders have always been anchored in brotherhood and education just like the beliefs of the Florida Chapter and National.

Tony Park, P.E., Director of Public Works Leon County, Branch Chairman 1985, states that, “The Branch meetings and events (Road-E-O, Award Banquet) have allowed us to learn more about our profession and develop comradery with our peers.  Seeing each other at our meetings allow us to put faces to names and when we have emergency events (hurricanes, tornadoes, etc.) we have better responses to our communities.  The everyday responses to our citizens are enhanced by the knowledge of each other.  I am thankful for being a part of the APWA.”

Tom J. Lewis, Streets Supervisor, City of Tallahassee Public Works, Branch Chairman 1995 and District Representative 1997 & 1998, states that “I am proud that we created the Scholarship awards, it started at one $300 scholarship and today it can be as much as four $500 scholarships.  We also started the Road-E-O back in 1995 and it is considered to be the best in state.  We have always had committed APWA members, I believe we are a close bunch of comrades!!!”

David Earle, Maintenance/Construction Chief, City of Tallahassee, Branch Chairman 2002, states that “Being selected to the first Young Emerging Leaders effort was a great experience.  I met a mentor who was sitting next to me and my mentor, his name escapes me; however, we talked and he had given me his business card telling me to stay in contact.  A month later I was watching a Discovery Channel special on the “Big Dig” in Boston and he was one of the main players in the project and on the TV program.  It was one of the biggest public works projects in history. . . and I had his personal business card and he was willing to talk to me anytime.  I wrote a paper on that experience and parts of it was published in the Public Works Magazine.

One thing I can say is the Big Bend Branch has opened up the resources of the entire country to me.  The people I have met through APWA instantly felt like family and best of all, treated you like it. . . in some cases maybe better.   I have a stack of member’s business cards I have gathered over the years and if I needed anything, I’ll bet within 3 calls I could get it.  Having this kind of brotherhood and sisterhood, is what APWA is all about and is one of the reasons I am proud to be a local, state, and national member.”

Jon Yarbrough, Maintenance/Construction Chief, City of Tallahassee, Branch Chairman 2004 and current District Representative, states that “ We may not be the largest branch; however, we have the biggest heart.  We may be located in the north of the state; yet, we treat everyone with true southern hospitality.  Everyone is always welcomed.  This branch and this chapter continue to impress me with its ability to come together as one.”

Jacki Rehwinkel, Senior Administrative Associate, Leon County Public Works, Branch Chairman 2006 & 2007, attended many state meetings and interacted with other member organizations and representatives.  She was active with the Big Bend Branch Road-E-O from its first one, served as Road-E-O Chair for three years and still helps out in various capacities today.  “I have found the APWA family to be a supportive group, both at the local and state levels.  The cooperation between organizations during emergencies has been an enlightening experience.  It is the best organization in which I’ve had the pleasure to be involved.”

Carsey M. Patrick, Equipment Operator, Leon County Public Works, Branch Chairman 2008, states that “The branch is a great organization that I have had a pleasure to be associated with.  It is well organized and a good place to network with professionals in the Public Work sector and I would encourage all Public Work employees to become involved in the organization.  We will continue to network with other branches and the chapter to find new innovations, new ideas and opportunities that will make our organization better.  By networking with the Florida Chapter Branch leaders, I was able to implement two major accomplishments for the branch, the Annual Golf-Tournament and Annual Awards & Recognition Banquet.”

In 2010, we will celebrate 15 years of hosting our equipment Road-E-O.  Beginning back in 1995, the Road-E-O takes place during the national public works weeks and has grown from 75 participants to 500.  This Road-E-O format differs from the State in that trophies are awarded to the best individual in each event and an overall team is named Champion for a year.  We have fourteen events that include: Engineering, Ring Toss, Motor Grader, Surveying and Dump Truck.   As the rest of the State knows, each year our brothers and sisters from lower LA, Emerald Coast Branch, support and take part in the Road-E-O.  Even though competition is always stiff, comradely rules and sometimes the championship trophy goes to the Emerald Coast.  In 2009, the trophy made its way back to Tallahassee.

The global economy will recover in 2010, 3-D televisions will become available, most companies will migrate to Microsoft’s new operating system Windows 7 and the Big Bend Branch will continue to influence the direction of the State Chapter.  Lastly, we look forward to learning and growth with our brothers and sisters from all over this great state.

Should you have any information about the history of our branch, please leave a comment below. 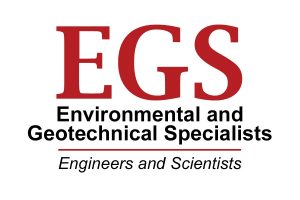